OUTLOOKS ON THE PAST AND FUTURE OF THE RECORDER 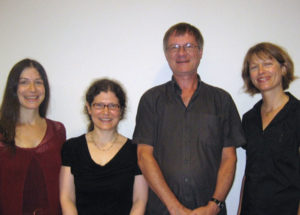 AFTER THREE AND A HALF YEARS OF PRESIDENCY, DÖRTE NIENSTEDT HAS NOW HANDED OVER THE OFFICE TO THE NEW ERPS PRESIDENT LUCIA MENSE. THE MEMBERS’ MEETING ALSO CONFIRMED ANNETTE JOHN AS VICE-PRESIDENT, WOLF MEYER AS TREASURER AND JUSTUS WILLBERG AS SECRETARY.

The 5th Biennial of the European Recorder Players Society (ERPS) took place at the Zurich University of the Arts (ZHDK) from 2 – 4 September, this time under the motto “Spotlights – before 1550…after 2008” and once again provided the recorder world, which had travelled to Zurich in large numbers, with three richly filled days. For more than a year the team around the artistic director Prof. Matthias Weilenmann had advised, organized and planned the event and had done a great job: A smooth course of events and the friendly atmosphere not only delighted the visitors but also the participating musicians. According to the above motto, the festival was supposed to illuminate the current fringe areas of the recorder repertoire and thus offered a kind of position-fixing for the recorder in 2011.

The opening on Friday evening was a lecture by Prof. Conrad Steinmann entitled “Sappho and her music”, followed by the first two of a total of nine concerts. At this point, Aline Burla, Maria Hänggi, Anja Margarita Kaufmann and Nicole Meule deserve special praise. In addition to their work in the organisation team, they played an extremely professional concert with their joint teacher Matthias Weilenmann. English music from around 1550 was played, artfully combined with interventions by two young Zurich composition students and a work by the composer and lecturer of the ZHDK Peter Siegwart. Five of the festival’s seven world premieres had already taken place in this concert, which lived up to the motto of the 2011 Biennale.

Saturday and Sunday continued to bring together musicians of different ages from different countries, with many of the recorder players performing coming from the ranks of the ERPS e.V. The Trio Viaggio, consisting of Annette John, Katrin Krauß and Tanja Peemöller, continued the principle of mixing old and new. Beautiful melodies from the Middle Ages and the Renaissance alternated with works by modern composers such as Sascha Lino Lemke, Ezzat Nashashibi and Samir Odeh Tamimi. Afterwards Dörte Nienstedt presented the program “Sounds of the Night”, a homage to the deep members of the recorder family. For the first time, the Frenchman François Rossé’s composition showed for the first time the counter poles of technology/electronics versus nature, which were addressed in different ways in many of the pieces performed in Zurich. The composers often made use of the technical possibilities to reproduce or imitate the sounds of nature, thus creating a connection between yesterday and today, between the pre-civilised and industrialised world.

The Trio Axolot and Lucia Mense in collaboration with Sascha Lino Lemke explored the possibilities of live electronics and showed how spatial sounds can be created by loudspeakers distributed throughout the concert hall. Unusual instrumentations were offered on Saturday evening by the Ensemble Diferencias and on Sunday afternoon by the Ensemble Effusions, proving that the recorder was and is used in almost all European countries on the one hand, and that it has equal status with instruments such as piano or violin on the other. The presence of some composers who were able to give explanations of their pieces proved to be particularly interesting, thus demonstrating the close cooperation that is necessary between them and the recorder players in order to be able to exploit all the tonal possibilities of the instrument. The ZHDK and the organizing team had spared no expense in either the excellent technicians or the grants for composition commissions, not least due to the students’ sophistication in raising funds, for which they deserve special thanks.

The sequence of the concerts was loosened up by the parallel instrument exhibition of the Swiss recorder makers, who this year tested a new way of presentation and gave short lectures on new developments, research work or music educational aspects of recorder making. So on Sunday afternoon an eventful weekend came to an end – for the last time the visitors passed the reception table in the foyer of the university, maybe bought one or more CDs of the participating artists and left the ERPS biennial with the prospect of a new edition in 2013. Who knows where the recorder will be then… 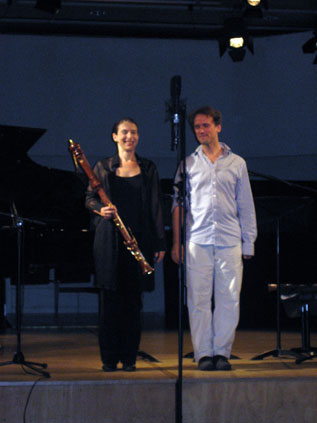 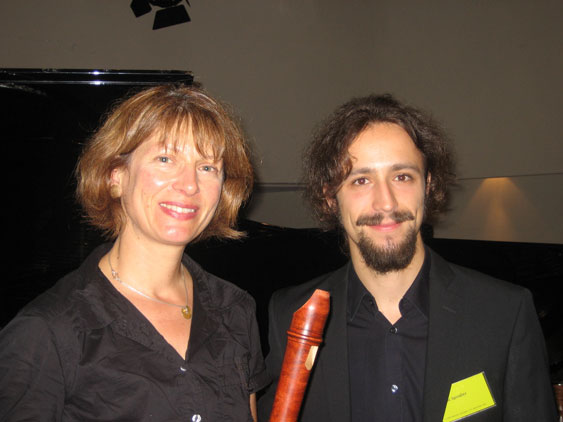 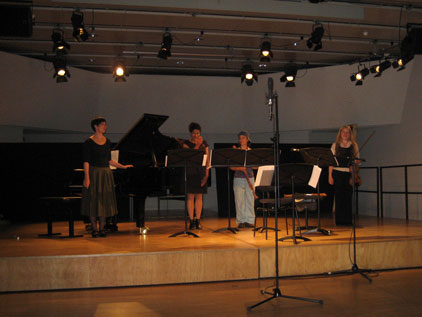 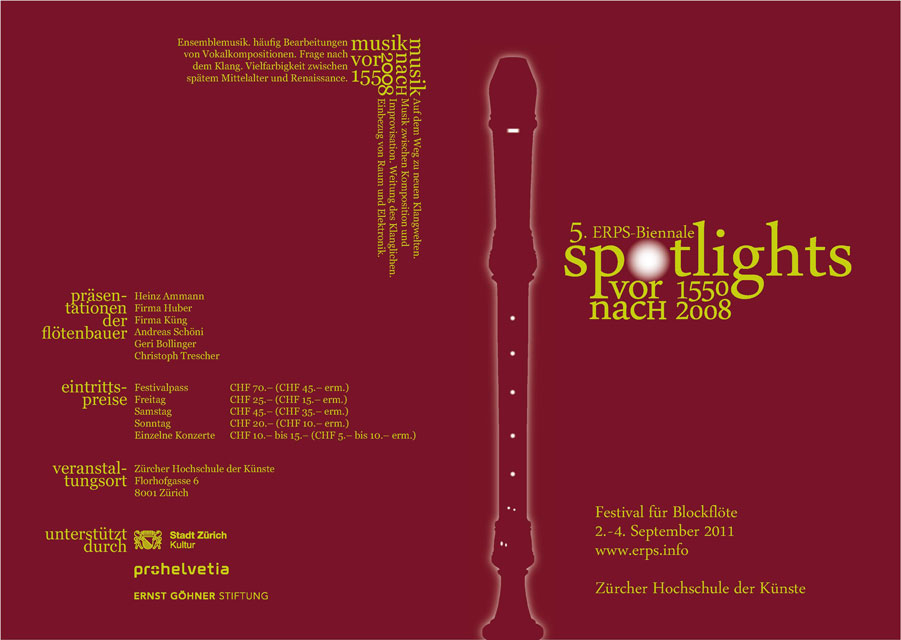 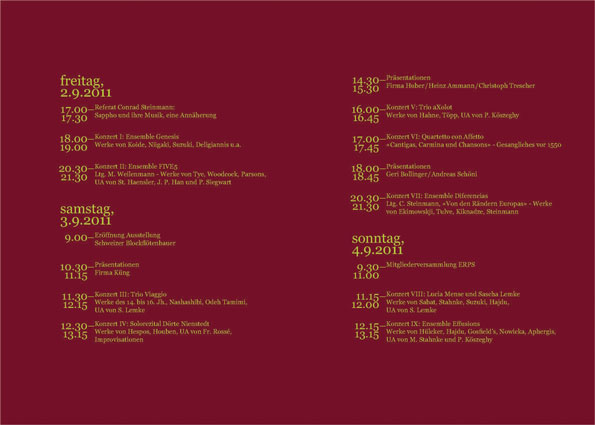 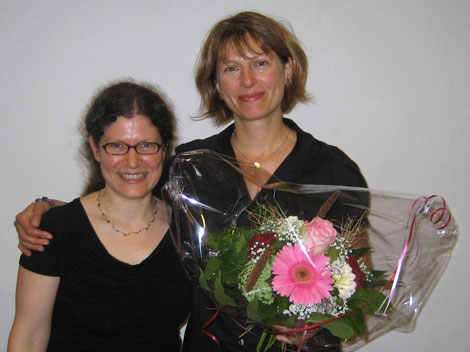 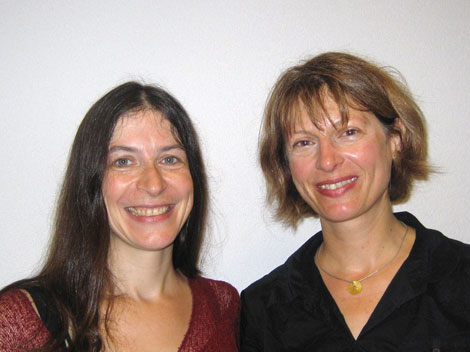 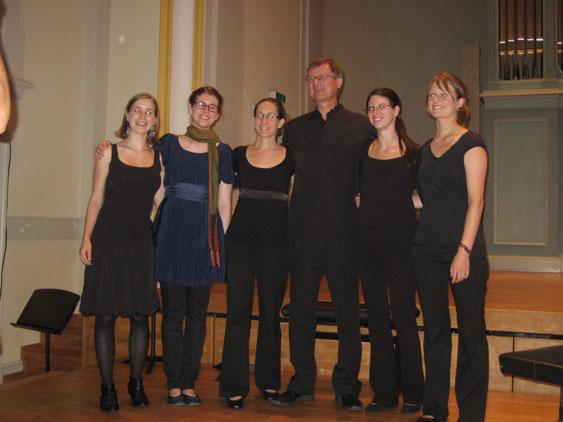 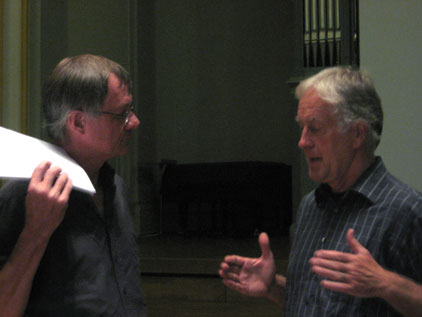 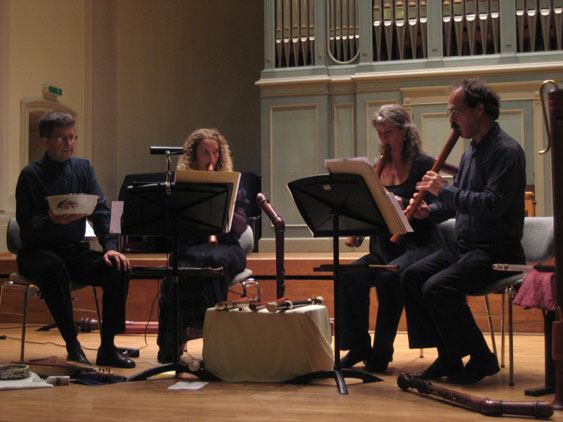 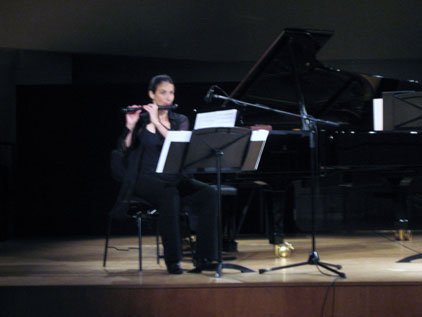 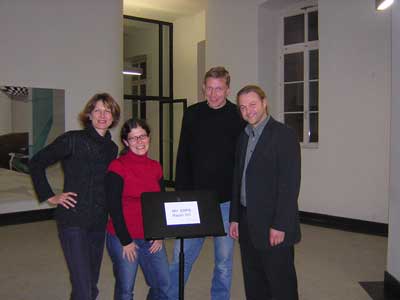 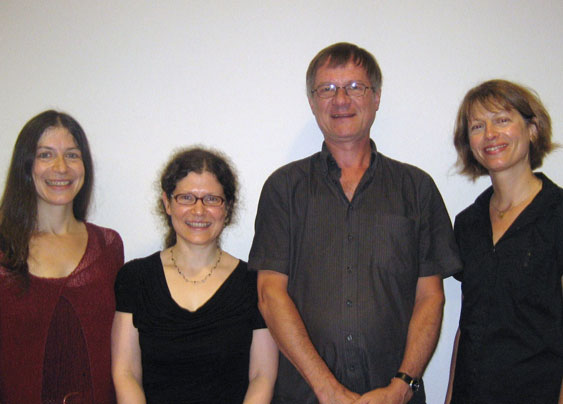